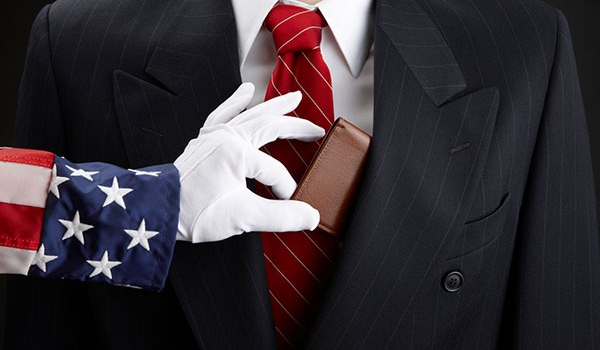 By Max Reed and Charmaine Ko, US Tax Lawyers

Last May, the U.S. Department of Justice sued Jeffrey P. Pomerantz — a Canadian resident, US citizen — for over USD $860,300 in penalties and interest for failing to file his FBAR bank disclosure forms. This case is one of the first known instances of the enforcement of FBAR penalties against a US citizen living in Canada. US citizens who have bank accounts abroad are supposed to file an FBAR each year if they have over USD $10,000 in the aggregate in bank accounts outside the United States. The penalties for failing to file an FBAR are very harsh – ranging from USD $10,000 per account to the greater of $100,000 or 50% of the balance of the account if the violation was willful.

According to court documents, Mr. Pomerantz, a dual Canadian-US citizen, has lived in Vancouver since 2001 except for a brief period spent in California. The US government alleges that he owned two CIBC checking accounts and several businesses that have bank accounts that he did not report on his FBAR. Although Mr. Pomerantz has not formally been served with the documents, the DOJ has expended significant effort to track down Mr. Pomerantz including:

Recently, the DOJ made a court filing to try to move the case forward even if Mr. Pomerantz does not reply.

From the court documents, it is not entirely clear how Mr. Pomerantz’s failure to report these accounts was discovered. The IRS previously audited Mr. Pomerantz’s US tax return that he prepared himself. According to court documents,  the audit resulted in more tax owing and penalties. Amongst the additional taxes, Mr. Pomerantz had allegedly not reported income from the sale of home furnishings and from the sale of a Toyota. A Tax Court case concerning the assessed additional tax is still ongoing. While the IRS audit began in 2010, the FBAR penalties in question were not assessed until May 2014 for tax year 2007 and March 2015 for tax years 2008 and 2009. It may then be that unreported accounts were discovered during the audit. This cannot be determined from the court documents.

There are several implications of the Pomerantz case for US citizens living in Canada:

Written by Max Reed Common Canadian investments can inadvertently cause American tax problems for US citizens living in Canada. Let’s take a really common example. Jack is a 50-something US...

Written by Max Reed Of all the tax problems faced by a US citizen in Canada none are as potentially fraught as the ownership of Canadian mutual funds. A commonly...